Track removal to extend the tracks

Less is more -  to extend the tracks at first some must be removed - sounds contradict?

In this section we report on the changes on the railway tracks. We are currently working in parallel at two locations, the train station and the moor station. We also clean the track of moss and dry the tracks. The cleaning is done in such a way that the moss on the sleepers is removed. The motivation for this section comes from talking to you about what changes along the tracks.

The upper oval shows the position of the railway crossing; the lower one is the moor station.

Read below about the changes near the kiosk and then at the moor station.

On December 31st, 2019, Andreas and Christian started to remove the tracks  from the curve towards the concrete piet pool. First the tab bolts were removed with a nut sprinkler - the whole thing only happens with muscle strength and is therefore absolutely climate neutral! Then the tabs and rail fittings could be removed. on Janurary 3rd January 2020, the curve on the railway crossing was completely pulled out by Andreas and Jörg with the help of two winches.

The wooden sleepers were knocked off with a hammer and the rail nails were pulled out. Finally, the rails were gradually pushed out of the way using a crowbar. Finally, the route was completed at the station with a protective stop signal.

The ground of the level crossing was smoothed out and the path was made accessible again. The aim is to extend the route at the station towards the entrance and make it passable. Considerable earthwork is still required here.

The tracks running around the moor basin at the entrance will be completely dismantled. The reason is that the curve radii were designed by the employees of the clinic at that time for lorry operation. Today's passenger cars have a larger wheelbase and only allow a larger radius. In any case, the route would have had to be converted for operation.

We have already reported on something else at the moor station. The tracks were extended here in the course of autumn / winter 2019.

For this purpose, sleepers were first moved from the stock to the moor station and stacked here in the form of a pagoda. There are two pieces of wood below and the smoldering wood above it and it can dry.

With the help of a mini excavator, the route was bent into its current position. On December 30th, 2019, the sleepers were stabilized with support beams from Andreas, Christian and Jörg. The tracks are not yet passable, topsoil or sand has to be placed under and around the sleepers. 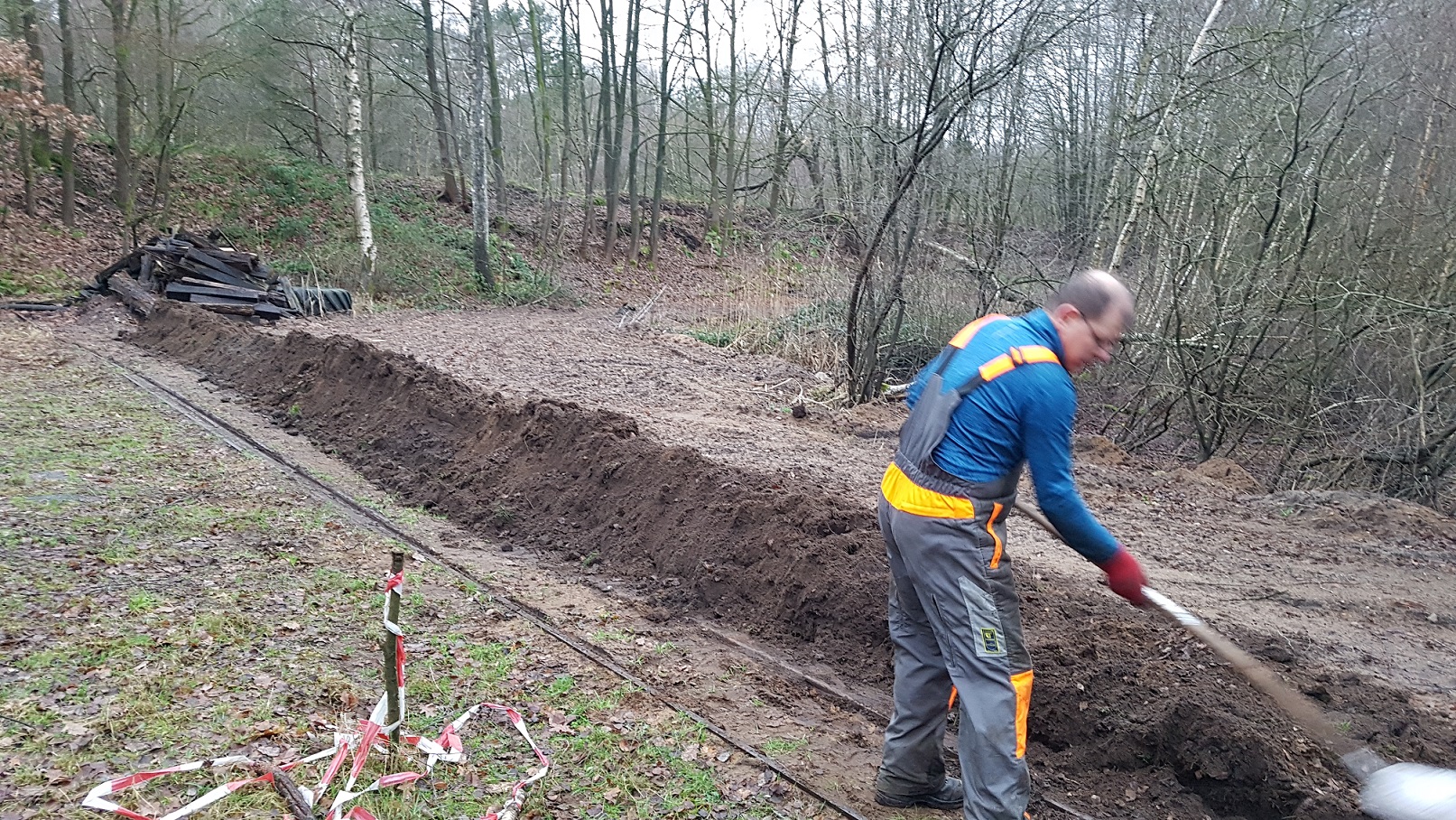 In comparison, you can see the same place in the picture on the left of exactly one year where the topsoil and sand were spent. 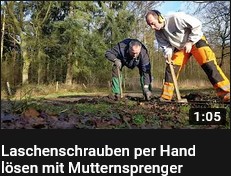